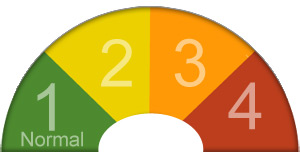 The Ausable Bayfield Conservation Authority (ABCA), has updated the terms it uses in flood and water safety messages effective February 2012. The new terminology is being adopted by the ABCA, other Conservation Authorities across Ontario and the Ontario Ministry of Natural Resources and Forestry (OMNRF). These changes will ensure their messages are consistent and in line with severe weather terminology used by other agencies such as Environment and Climate Change Canada and the Weather Network.

The new terms were developed by a committee of representatives of conservation authorities, Conservation Ontario, the Ontario Ministry of Natural Resources and Forestry (OMNRF), Environment and Climate Change Canada, and other agencies.

When flooding is possible or about to occur, the ABCA issues flood messages to municipal emergency management officials and the media. The municipal officials then take action to warn local residents.